Avatar: The Last Airbender Is Getting Three New Animated Films 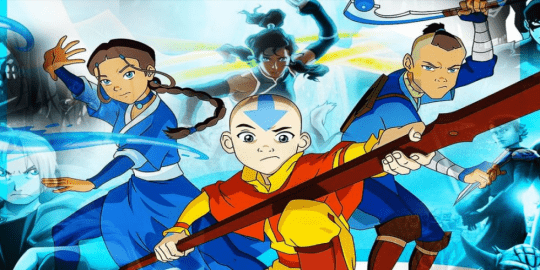 Nickelodeon and Paramount Pictures announced that a trilogy of Avatar: The Last Airbender animated films is in development during the Annecy International Animation Film Festival.

According to Deadline, series creators Bryan Konietzko and Michael DiMartino will be returning to produce the trilogy with Avatar Studios, Nickelodeon’s film studio that launched in February of last year. The studio aims to expand the franchise through these films and a new TV series in the World of Avatar.

The first film will be directed by Lauren Montgomery, the storyboard artist of the series’ final season and director of Voltron: Legendary Defender.

“As original creators, Mike and Bryan expand the Avatar universe with us, we’re keeping it all in the family with Lauren bringing the same kind of expert, beautiful work she did on the original series to her new directing duties on the forthcoming theatrical,” Ramsey Naito, President of Animation & Development at Paramount Animation and Nickelodeon Animations told Deadline.

Since its finale, Avatar’s greater story continued for four seasons with a 2012 sequel series, The Legend of Korra, as well as a score of comic books and prequel novels. Outside of the upcoming Netflix live-action series (with which the films will have nothing to do) the series received a 2010 live-action film “adaptation” directed by M. Night Shyamalan, but everyone collectively ignores that one.