TikTok on the Rise as a News Source 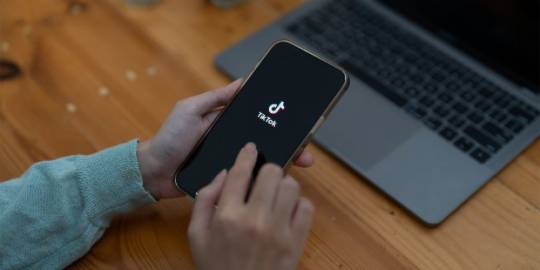 TikTok is an app strictly for entertainment, at least that’s what the team behind it insists on. However, recent research has revealed that the app is also a popular source of breaking news. Keep reading for more information.

According to the recent survey conducted by Pew Research Center, TikTok is among the most popular news sources for adults in the US. To be more precise, the percentage of news-hungry users who look for long-awaited ‘food for thought’ purposefully on TikTok has tripled throughout the last two years. What’s even more impressive, in this context, the app has surpassed a number of other platforms included in the research, such as Facebook, YouTube, Twitter etc.

The fact that young adults across the globe use TikTok as a major source of news is not too surprising. In its recent post, New York Times reported that the Gen Z audience utilizes TikTok as a search engine.

As a matter of fact, the app has long become a lot more than just a kids’ dancing platform. In early 2022, for instance, when the Russian army attacked Ukraine, Ukrainian influencers started reporting about the conflict via TikTok, which made the platform interesting in the news-related sense. The same goes for the Johnny Depp-Amber Heard defamation trial, when the actor uploaded live trial vids to TikTok. That, too, had the application’s news-oriented audience ballooning in size.

At the end of the day, while the idea of TikTok being a growing news source is visually appealing, the reliability of that news is controversial. Actually, the platform doesn’t always manage to cope with misinformation in terms of such topics as Ukraine, COVID-19, elections, and abortion. So, what about you? Do you often turn to TikTok for news? Share your opinion on the topic in the comments below and get the discussion going. We appreciate your two cents greatly.