Xbox Game Pass is a great value for Xbox One owners 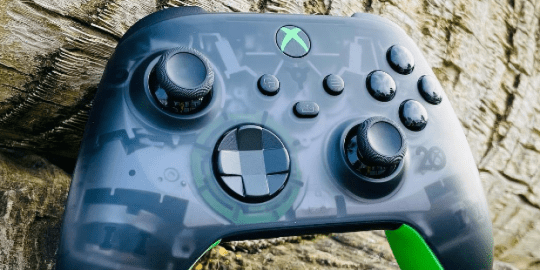 Xbox Game Pass has added a bunch of new games to its library, including Immortals Fenyx Rising, Midnight Fight Express, and more.

Xbox Game Pass is a subscription service that gives you access to a library of games to play on your Xbox One or PC. The service costs $9.99/month, or $14.99/month for the Ultimate subscription, which also includes Xbox Live Gold.

Xbox Game Pass continues to be a great value for Xbox One owners, with a variety of new games coming to the service this month.

Headlining the list is Immortals Fenyx Rising, which was released last week with positive reviews. The open-world action-adventure game from Ubisoft is set in Greek mythology and has you playing as Fenyx, a new winged demigod on a quest to save the gods.

Also new to Xbox Game Pass this week is Midnight Fight Express, a fast-paced 2D action game set aboard a bullet train. You'll have to fight your way through hordes of enemies to reach your destination.

Rounding out the list of new games is Yakuza 6: The Song of Life, which is available today for Xbox One. The latest entry in the popular Japanese crime series follows Kiryu Kazuma as he attempts to retire from the yakuza and live a quiet life. However, things quickly go awry and Kiryu finds himself pulled back into the criminal underworld.

Xbox Game Pass is a great way to try out new games without having to commit to buying them outright. If you're looking for something new to play this month, be sure to check out the latest games available on the service.

Xbox Game Pass also includes access to a bunch of other games, including Forza Horizon 4, Gears 5, and Hades. The service is constantly adding new games, so there's always something new to play.

If you're looking for great value in gaming, Xbox Game Pass is definitely worth checking out.